Demon Slayer The Movie: Mugen Train is currently the title with the biggest attraction in the world. Many viewers who want to go to the cinema but still hesitate to read the story or watch the anime, can look to this article to summarize the important things before going to theaters to enjoy this animated blockbuster.

The Background of the Demon Slayer’s Sword

The Demon Slayer took place during the Great Main Period (1912-1926) of Japan. At this time, rumors about cannibals appeared, making people dare not go out at night. Kamado Tanjiro is a kind, intelligent boy who lives with his mother and children in the mountains by selling charcoal.

During a late arrival in town, he was allowed to sleep by the villagers for a night. Misfortune arose on that fateful evening when the next morning, Tanjiro discovered that the whole family had been slaughtered by demons and that his sister Kamado Nezuko had also turned into a demon. Right now, the two clashed with the Tomioka Giyuu Water Pillar. 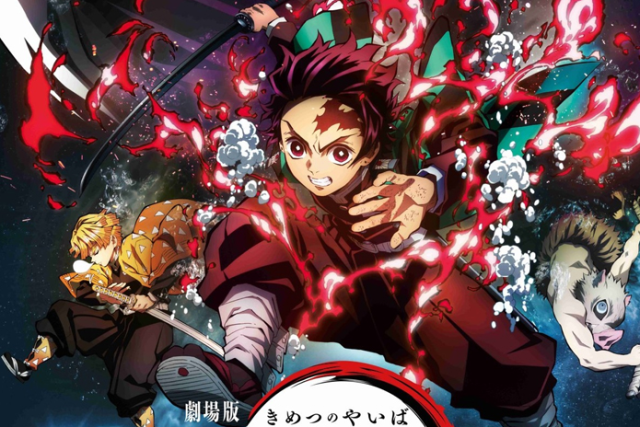 Originally intended to destroy Nezuko, Giyuu is surprised to see that she is still conscious and protects Tanjiro when he loses consciousness instead of eating meat. He sent the two to the former Urokodaki Sakonji Water Pillar with the desire to train Tanjiro into the Demon Slayer and turn Nezuko back into a human.

After three years, Tanjiro was able to master the Breath of Water and passed the exam to become a member of Team Demon Slayer. He also discovered that Demon Lord Kibutsuji Muzan was the direct enemy of the massacre of his family. From here, Tanjiro and Nezuko set out to find a way to destroy the demons forever.

Kibutsuji Muzan was the first to transform into a demon more than 1000 years ago. From his blood, other demons were born. They specialize in killing and eating people. Those who come into contact with demon blood through open wounds will also turn into demons, become insane and have a hunger for raw meat. Nezuko is one of the few demons that still retain consciousness along with Tamayo and Yushirou. Instead of eating meat, she restored her stamina by sleeping. Devils can change their body structure at will, healing from wounds quickly. Their weaknesses were sunlight and beheaded by the Demon Slayer’s special blades.In addition, high-level demons such as the Twelve Moon Demons also possessed the unique ability of the Blood demonic magic. Nezuko also has a Blood Magic Technique that is Blistering Blood. She instantly ignited her blood and was able to control the temperature of the fire so as not to affect humans. Nezuko’s flames can also turn Tanjirou’s Rotating Blade from black to crimson red and can burn toxins on other people’s bodies.

Who is the Demon Slayer?

With the advent of demons, the Demon Slayer Team was also formed to protect humans. The organization has hundreds of members but is not recognized by the Government. The 97th leader of the Demon Slayer in the story is Ubuyashiki Kagaya. Since they were from the same family as Kibutsuji Muzan, they suffered a terrible curse that rotted their faces and died before turning 30.

The Ubuyashiki family has vowed to fight the demon until the very last. Breathtaking Demon Slayers – The skill of using swords and elements based breath to increase strength and speed against demons.

What happened before the Sword of Destroying the Devil: The Endless Train?

During a demon-killing mission, Tanjiro and Nezuko get acquainted with Agatsuma Zenitsu – a shy young man who always thinks that he will perish in battle. Since she could only use one of the six modes of the Breath of Thunder, Zenitsu had a very low self-esteem and would always fall into a “sleep” state when scared. Right now, he used swordsmanship instinctively and didn’t remember anything after waking up.

In addition, the trio also met another companion, Hashibira Inosuke. As a child, his mother was killed by demons. Inosuke survived and was raised by a boar, and was taught by an old man near the mountain. He always wears a boar mask, creating the Breath of the Beast, and at the same time has immunity to nest poisoning, cracking his joints and moving his organs easily.

The quartet formed a demonic-killing team together. However, the fact that a fellow Demon Slayer accompanying the demon, Nezuko, reached the organization’s ears. Ubuyashiki Kagaya orders the Tomioka Giyuu and the Kachou Shinobu Pillar to take the party back to waste. At Headquarters, many Pillars demanded an order to kill Nezuko immediately.

After witnessing Tanjiro’s feelings, Nezuko refrained herself from the provocations of the Shinazugawa Sanemi Universe as well as Tomioka Giyuu’s vow to kill herself if she eats people, they gradually sympathize with the family. Kamado. The quartet is assigned to investigate the mysterious disappearances of both civilians and swordsmen on the Endless Train with Rengoku Kyoujurou.

Before that, Kibutsuji Muzan had personally killed the Five Noble Truths and left only the Most Noble Truth of Enmu with the Psychedelic Blood Magic. He was ordered to cannibalize the Endless Train to increase his power. In addition, the film also has the appearance of the upper mystical Akaza with the Blood Magic Technique deployment. The work will be the most epic and fierce battle between the top swordsmen and the strongest demons of the two sides. 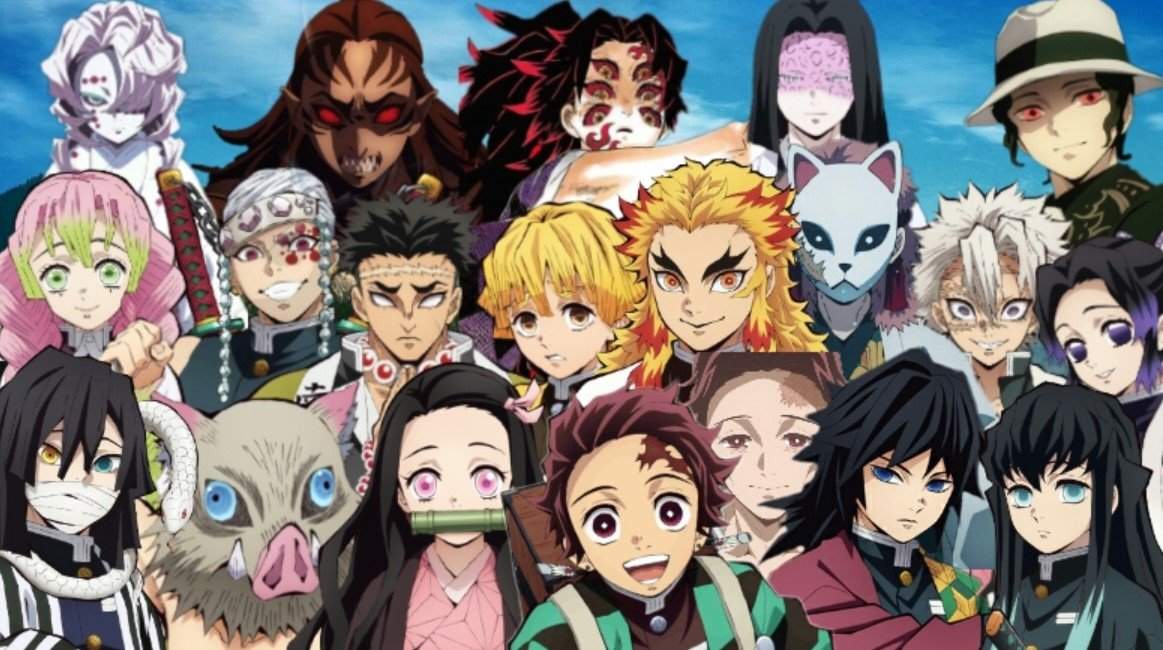 How to join Kimetsu no Yaiba

To join the Demon Order, the participant must complete a test called the Final Selection Exam, which is considered the entrance test to be able to join the Demon Order. The content of the test is that the candidates must successfully survive seven days on a mountain full of demons.

Members who complete the final Selection will receive a standard Demon Slayer uniform, choose the material ore to forge their sword and finally have a companion bird with the effect of pine. report news as well as contact between members. While all the Swordsmen were assigned a raven Kasuagi, Zenitsu was assigned a sparrow. The reason for this is still unknown, but strangely enough, Zenitsu was still able to understand the sparrow and receive the correct messages and commands from it.

What happened before Devil’s Sword: The Endless Train?

During a demonic mission, Tanjiro and Nezuko get acquainted with Agatsuma Zenitsu – a shy young man, always thinking that he will perish in battle. Since she could only use one of the six modes of Breath of Thunder, Zenitsu had a very low self-esteem and would always fall into a “sleep” state when scared. At this moment, he instinctively used swordsmanship and did not remember anything after waking up.

In addition, the trio also met another companion, Hashibira Inosuke. When he was a child, his mother was killed by a demon. Inosuke survives and is raised by a boar, and is taught by an old man near the mountain. He is always wearing a boar mask, creating Monster Breath, as well as being immune to poisonous nests, breaking and easily moving his internal organs.

The quartet together form a demonic-killing team. However, the truth is that Nezuko, a fellow assassin, has reached the ears of the organization. Ubuyashiki Kagaya orders Tomioka Giyuu and Kachou Shinobu Pillar to bring the party back to waste. At Headquarters, many Pillars demand orders to immediately kill Nezuko.

After witnessing Tanjiro’s feelings, Nezuko restrained herself from the provocations of the Shinazugawa Sanemi Universe as well as Tomioka Giyuu’s vows to commit suicide if she eats humans, and they gradually sympathize with her family. Kamado. The quartet is assigned to work with Rengoku Kyoujurou Pillars to investigate the mysterious disappearances of both civilians and swordsmen on the Endless Train.

Before that, Kibutsuji Muzan had personally killed the Five Noble Truths and left only the Ten-Star Enmu using Illusion Blood Magic. He was ordered to cannibalize the Endless Train’s companions to increase his power. In addition, the film also features the appearance of the upper mystic Akaza with the implementation of Bloodbending. The work will be the most epic and fierce battle between the top swordsmen and the most powerful demons of the two sides.

With the above information, we hope to be able to partially answer questions for fans of  Demon Slayer. In addition, you can explore other information about this anime at Demon Slayer Stuff !