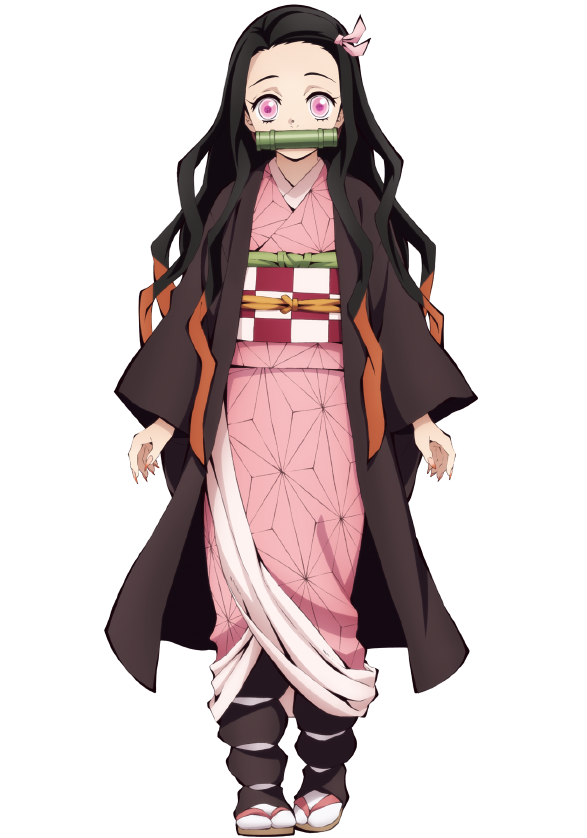 The appearance of Kamado Nezuko

Nezuko has long, loose black hair, which she is tied in a bun with some ribbons. Initially she has dark red eyes, but as a demon her eyes turn bright pink. Nezuko also held a bamboo tube in front of her mouth.

She wears a pink kimono with a star pattern, red and white plaid obi, and a black haori over it. Since she is a demon, she can change body size.

When Kamado Nezuko was a human: baby Nezuko was a kind and considerate girl, Nezuko always thought of others first rather than for herself, a personality quite similar to her brother Tanjiro. She is also a responsible sister to her sisters and often sacrifices her own things to give her younger brothers a better life, as when Tanjiro wanted to buy her a new shirt. Nezuko refused and used that money to buy more food for her younger brothers.

Initially, Nezuko was a very kind and considerate girl, thinking for others before thinking for herself, just like her brother Tanjirou.

As a demon, Nezuko seems to forget a portion of her good memories as a human, except for those related to her family. Despite this, she is very caring and always protects the people she considers a member of her family, due to the influence of the spell Urokodaki had on her during the two years she fell asleep. 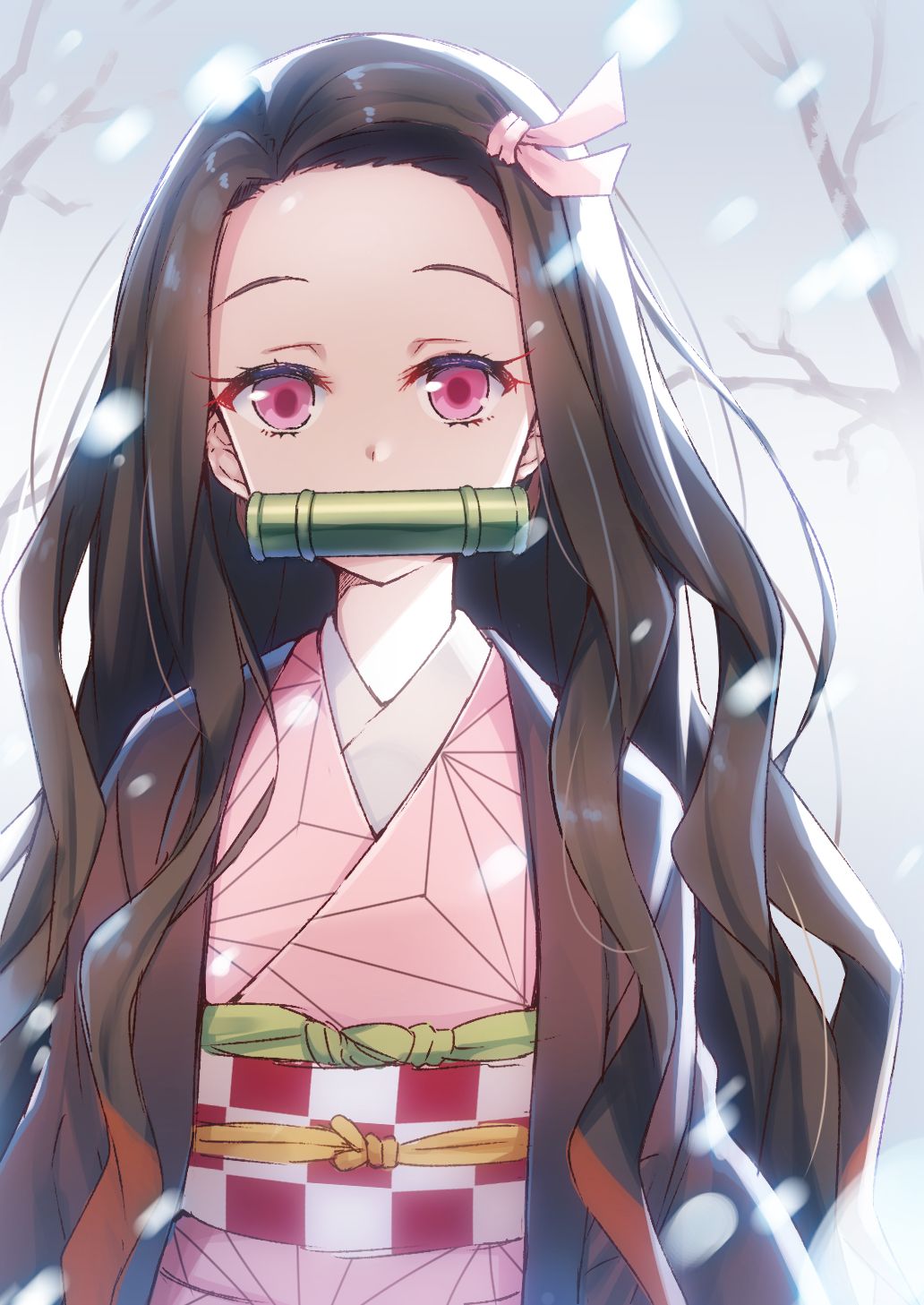 Body size change: After Nezuko is transformed into a demon, she has the ability to change her body size at will.

Outstanding Strength: As a demon herself, Nezuko possesses immense physical strength, and is able to fight and defend against the powerful attacks of other demons.

Super-Speed ​​Recovery: Nezuko has the ability to recover extremely quickly, can easily restore broken body parts in just a few seconds. In the manga the true nature of this ability was to freeze her blood together with severed body parts that she could manipulate at will.

Transformation: When Nezuko is in a completely demonized state, she changes her appearance, her body grows to the size of an adult woman with patterns floating all over her body with a large horn. . It maximizes Nezuko’s fighting ability, however the cost is that Nezuko will become chaotic and act extremely like a demon, including a hunger for human flesh and blood.

Sunlight Resistance: During the battle with Thuong Xuan Tu Hantengu, Nezuko acquired the ability to be immune to sunlight, which the demons fear most. Now she can fully function during the day without being affected.

Blasting Blood (爆 血 Bakketsu): This is the type of Blood Demonstration that Nezuko possesses. Nezuko instantly ignited her blood with a hot flame, she was able to control the flame’s temperature so as not to affect humans. Nezuko’s flames can also turn Tanjirou’s Rotating Blade (Nichirin) from black (Jet Black) to a crimson red (Crimson Red) similar to that of Tanjiro’s ancestor, further strengthening the blade. allows Tanjiro to perform Dance of the Fire God styles more effectively.

Her surname, Kamado (竈 門) means the door of a traditional Japanese stove.

Nezuko’s height and weight are 153cm and 39kg, respectively.

Her hobby is sewing.

There are more ribbons in the curls and the haori comes in two colors.

Obi has no plaid pattern, obiage is tied into a butter, kimono has no Star pattern.

His face looks very tired and his body is soft and weak.

The trend of searching keyword “Kamado Nezuko” on Google Trends:

With the above information, we hope to be able to partially answer questions for fans of the film in general and Kamado Nezuko in particular.